Branding a city as Tournament Town 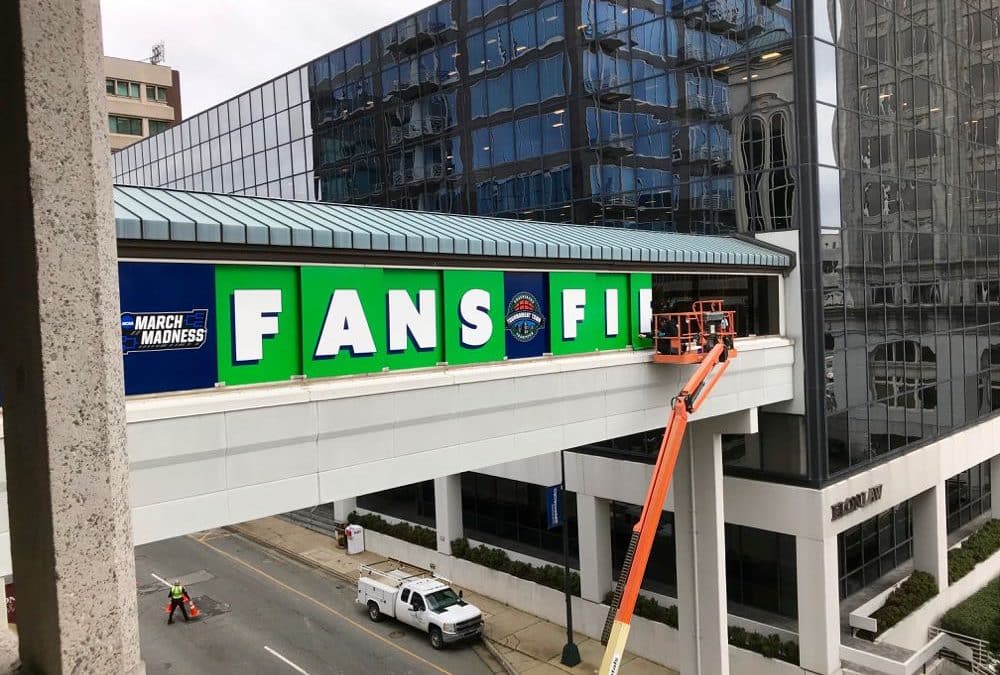 Branding a city is usually a challenge. Too often, municipalities imagine their own PR—subjectively—and end up grinding out a promise that simply can’t be kept. That, or it’s so diluted with every facet the burg has to offer, so no factions are offended, until it looks like a chamber of commerce parody. (Cue the smooth saxophone solo.)

We think it’s about the fans. We’ve got ’em. They like coming here. We feed them in bars and restaurants where the games are always on. In Greensboro, Tournament Town, we say Fans First!

Branding a city is one thing, but branding an authentic tradition that helps define the city can be much more focused.

Take Tournament Town. That’s the Greensboro Sports Foundation’s brand for Greensboro, North Carolina that is based on a set of proven facts. Greensboro has a long legacy of hosting college basketball tournaments. Greensboro is a big college town with around 40,000 students in residence. The tournament venue is set up for a college experience: the Greensboro Coliseum allows tailgating and has plenty of parking space for over-the-top school spirit. Then there’s the city’s hospitality services that thrive on and cater to the sports traffic.

Greensboro Sports Foundation came to us with the challenge of validating and promoting Tournament Town this year because the collegiate sports stars aligned to give Tournament Town THREE major basketball events: the ACC Women’s Tournament, the ACC’s Men’s Tournament, and the first two rounds of the NCAA “March Madness” men’s tournament. This year, they’re also throwing parties around town with free concerts, family fun in the downtown parks, and an outdoor viewing party on the Tanger Center giant video screen.

The Foundation wants to position Greensboro as the spiritual center of the Atlantic Coast Conference and as a major contender for the NCAA championship games. How do you say this?

We think it’s about the fans. We’ve got ’em. They like coming here. We feed them in bars and restaurants where the games are always on. In Greensboro, Tournament Town, we say Fans First!

The campaign has the media muscle of the Greensboro Coliseum, so you’ll see the ads in print, online, on NC roadways, and stuck on buildings around down.

Click through the gallery below to see how it’s playing out. 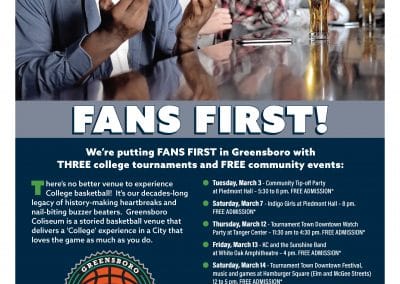 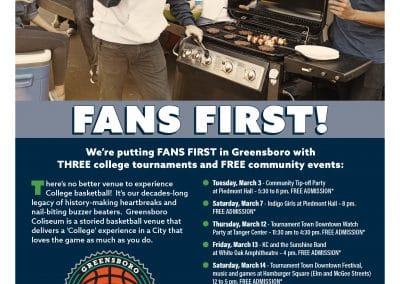 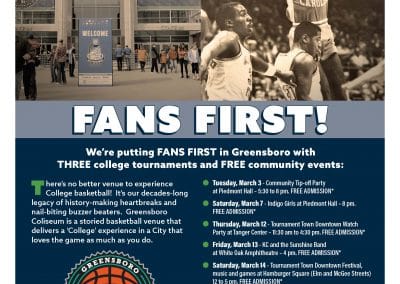 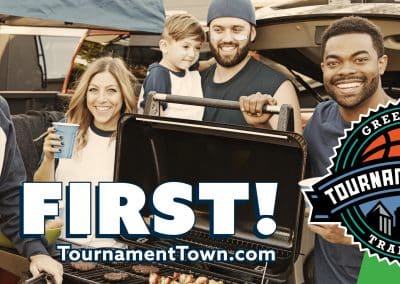 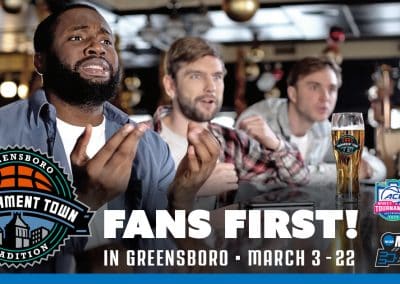 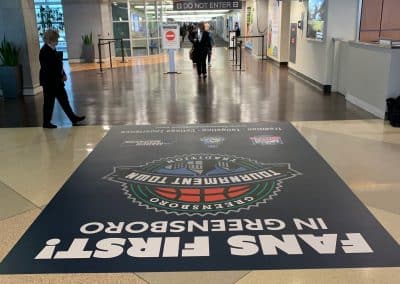 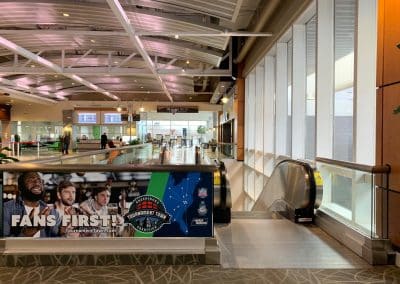 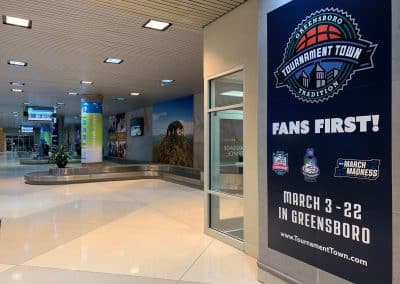