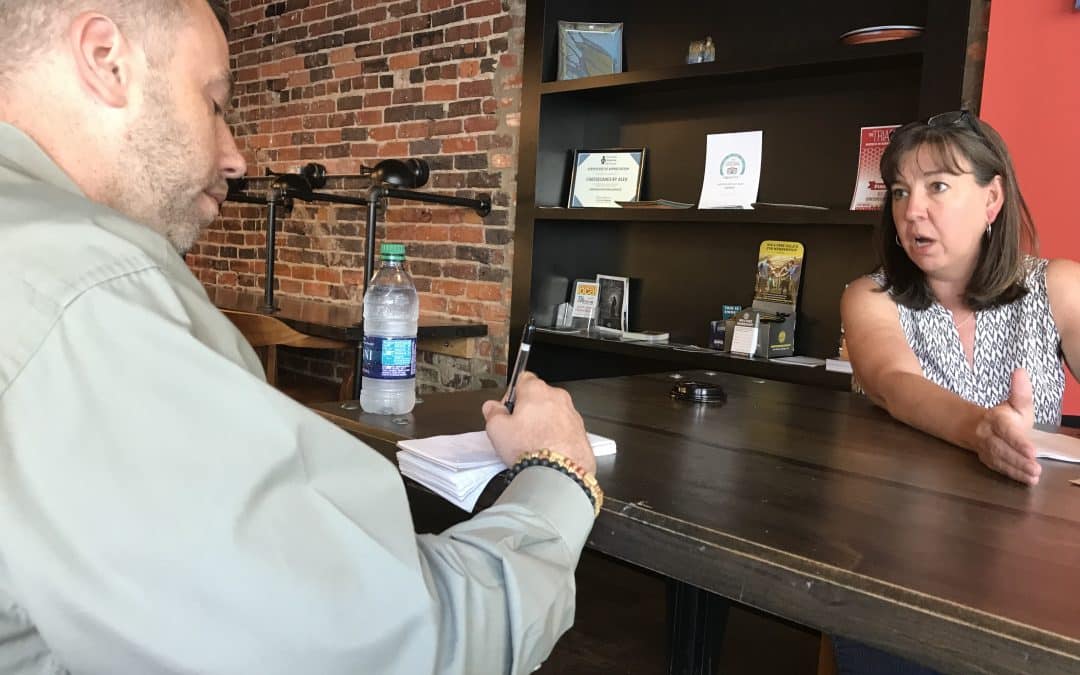 Getting into to the news for positive reasons can have great results for your business, especially when the medium’s subscribers include your target audience and colleagues. We call it earned media, because it’s earned on the merits of the story.

Potential customers see your brand written about objectively by a third-party source. And past customers get a reminder of the good work 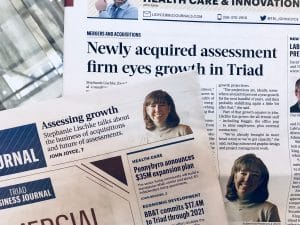 you did for them. Also, colleagues say, “way to go” and, share your good news via social media. Sometimes LinkedIn looks like a back-patting app with likes and shares and positive comments. If your new business comes primarily from referrals, this is good.

Such is the case of Franklin & White. The Greensboro firm manages and processes assessments for training and development firms and in-house talent management worldwide. Being in Greensboro, next door to the Center for Creative Leadership and dozens of independent leadership consultants, local visibility is as important as reaching the far-flung talent, HR and leadership industry around the world.

When leadership consultant Stephanie Lischke acquired her friends’ company recently, we publicized the acquisition to the national trade media and we made a special effort to place a story with the local Business Journal.

Earned media can take more than a press release

PR placement is a craft. Small business acquisitions in and of themselves aren’t always newsworthy. And if they are, they might get a few sentences. Instead, King’s English got Lischke and her new company a feature article with a front-page teaser photo.

This kind of story doesn’t happen with a press release. Rather, it takes placement. Placement is the process of preparing a story that is tailored to specific publications. For Franklin & White, King’s English found three angles to make the story more newsworthy the Business Journal:

Then we talked to our two contacts at the Business Journal—who happen to work in the office above King’s English—about these facts. We didn’t say, “run this!” Instead, we presented information and helped them provide a valuable feature to their audience.

Lischke is delighted with the results and the positive feedback. And in a referral-based business, rewards will come.

Public relations can drive sales. Clients tell us they receive calls based on objective article placements fairly regularly. We don’t suggest that PR should replace paid advertising. Far from it. But if your budget is modest and you’re looking for referrals and inquiries, “earned media” is an option that works.