If you got an invitation from a ghost, would you go? 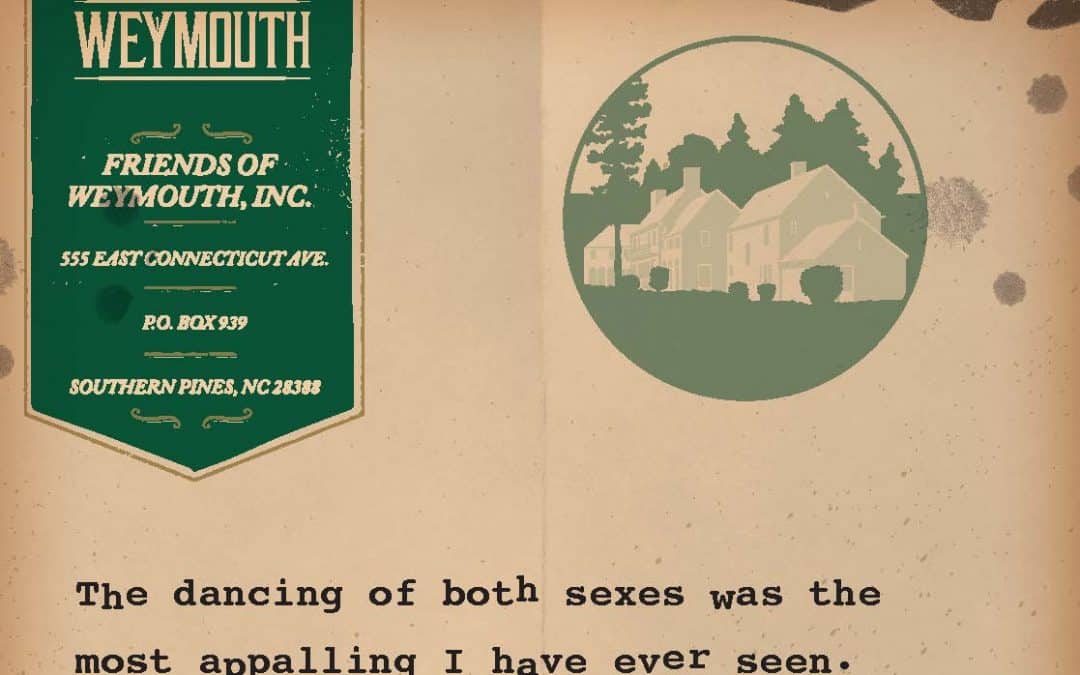 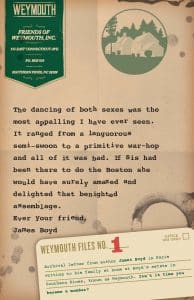 Weymouth Center for the Arts & Humanities in Southern Pines, NC, is an historic home. The writer James Boyd (Drums) lived here in the early to mid-twentieth century.

The Boyd home, named Weymouth, hosted some of the most noted literary figures of the day, including F. Scott Fitzgerald, publisher Maxwell Perkins, Thomas Wolfe and others. Southern Pines was once known as a place for recuperation, due to its dryer “sandhills” climate, but Wolfe once stumbled drunk for a half mile from the train station to Weymouth in the middle of the night to crawl through a window and crash on one of the Boyd’s sofas. Boyd, obliged and abetted such decadence. He would host rowdy parties, not just for literary luminaries, but also the local farmers and laborers, black and white.

Today, Weymouth, the house, is home to the non-profit arts organization that hosts readings, concerts, movie nights on the lawn and guided tours. There is also a writer-in-residence program that invites authors to spend two weeks free of charge in one of the guest rooms. And it’s the official location of the North Carolina Literary Hall of Fame.

Like most cultural non-profits, Weymouth survives through philanthropy and the membership dues of arts supporters, literary and otherwise.

When the board at Weymouth asked us for ideas to promote membership, we found two perfect spokesmen: Boyd himself and his friend Wolfe, both long dead. Part of this inspiration came from hearing stories that the old home is quite haunted. And it just felt appropriate for the place. Weymouth is nestled into one of the oldest longleaf pine forests anywhere and at night the setting really does evoke a sense of literary spirits…in OUR opinion.

Weymouth has a wealth of old letters in its archive and we were able to find two authentic passages from the late authors’ own correspondences to use in the membership drive.

Boyd described some wild dancing he saw abroad and Wolfe told how he was looking forward to putting his enormous feet (size 14!) back on North Carolina clay.

The letters, designed to look like note stationery from another century, went out in envelopes with a separate straightforward appeal for membership.

The beckoning of two literary spirits was just what Weymouth needed for its drive, with membership increasing noticeably via mail and via the center’s website. Most importantly, the letters make the connection to the history of the property and appeal to an audience of readers. 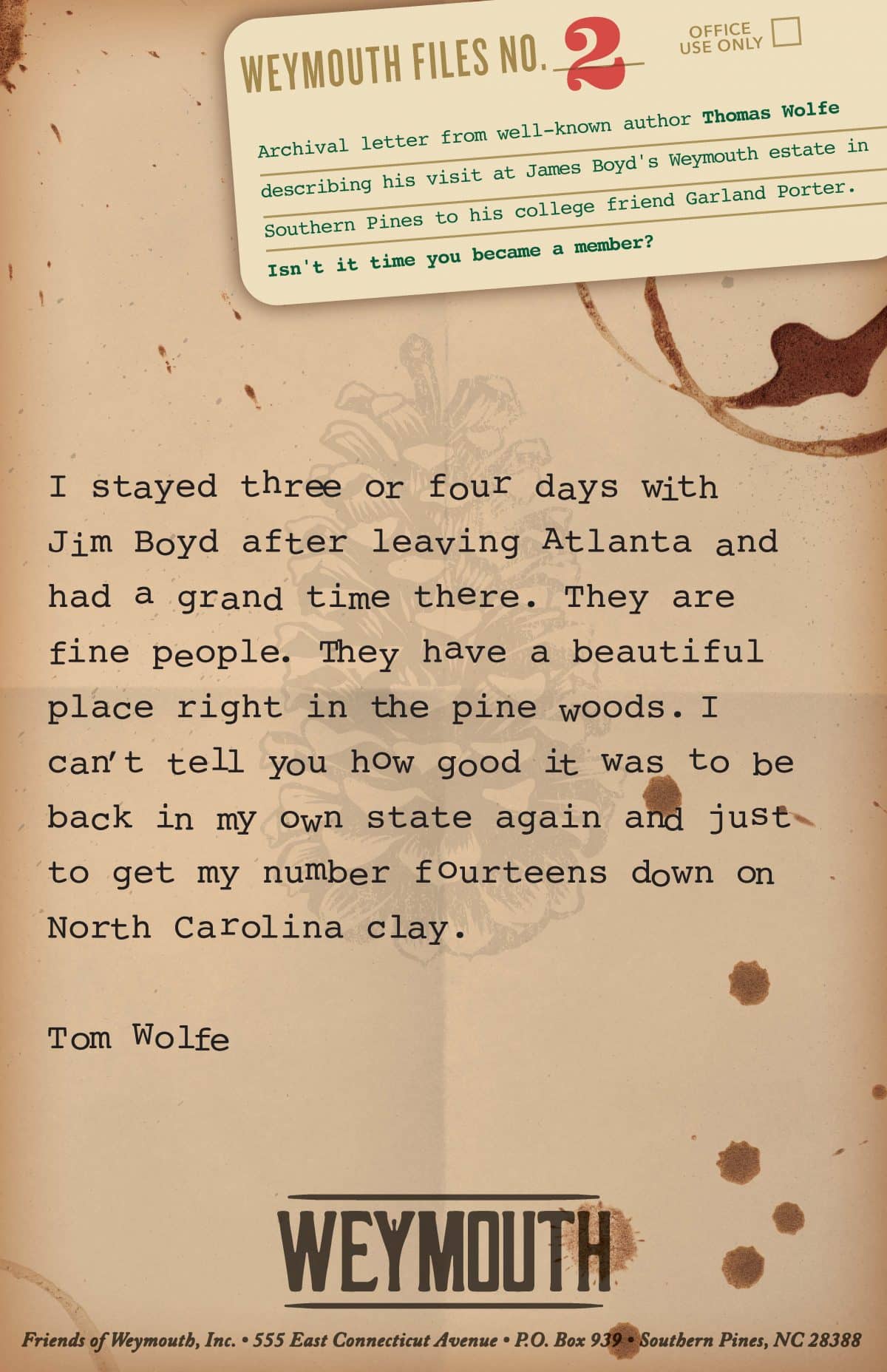