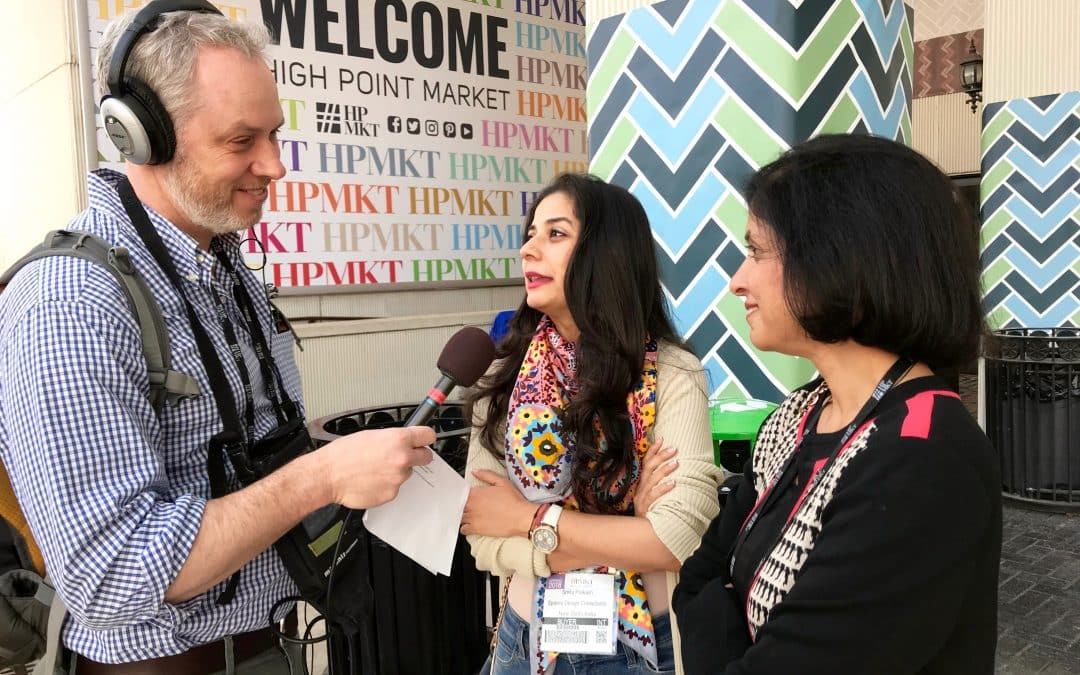 You’re an expert in your field and no other person understands your business better than you, but you might be missing some of the features and uniqueness of your business that are most interesting to the public. One of the benefits of going outside and hiring a public relations agency to manage your campaign is the objectivity gained from fresh eyes.

Your day-to-day functions and the most basic aspects of your business might not seem newsworthy from the inside, because you’re so close to it. Never assume that’s the same for your public and your sales prospects.

‘Turns out a seasoned and world-traveled reporter at a major radio network didn’t know anything about the world’s largest home furnishings show. Certainly there are many others out there, too.

Here’s a case in point from a recent engagement with the High Point Furniture Market.

The program 50 States on PRI’s The World was looking for interesting stories of home towns, as they relate to the current business climate.

So the pitch was all about High Point the town with a very simple story: a sleepy southern city that doubles in size twice a year with a global cosmopolitan invasion of designers, furniture markers and furniture buyers.

That got their attention. Jason Margolis of PRI’s “The World” booked a trip to North Carolina.

There was also a sub-story: a contingent of designers from India considers High Point, North Carolina more important than Milan for home furnishings. 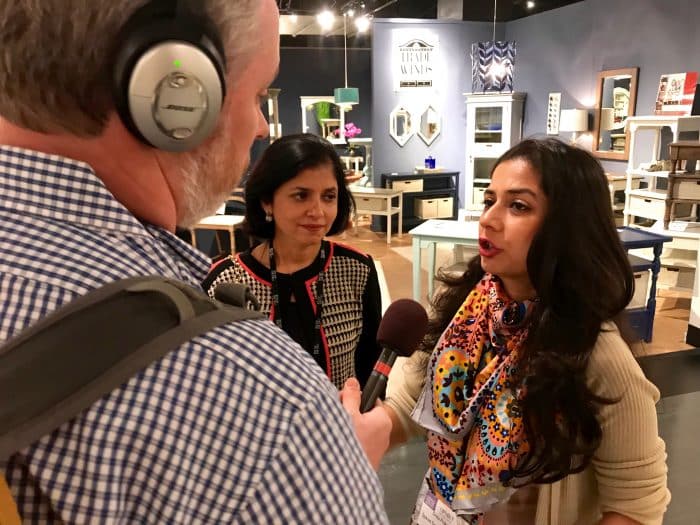 Two stories were placed. One report described how North Carolina was regaining its prominence as the furniture capital of the world. A second report followed designer Smita Prakash and her entourage on a tour around the vast High Point Market.

When you think about ways to publicize your business, no matter how big your brand is, go at it with the expectation that the world knows nothing about your work. Then get an outside opinion about what’s most newsworthy. 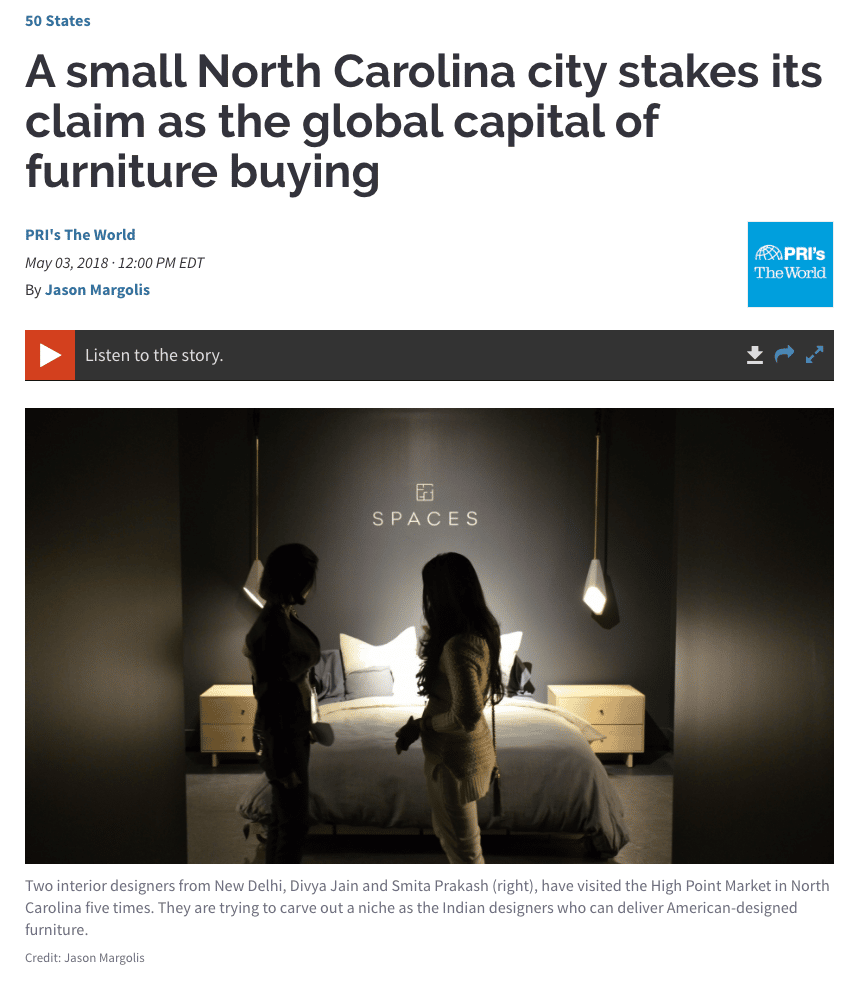